Use a hand towel for a no sew cloth diaper.

With a young baby, fold the towel lengthwise before putting on. 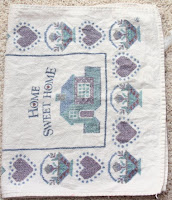 For a toddler, fold 1/3 of the towel up before putting on. 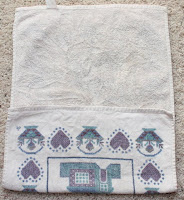 Especially useful when you get behind on laundering your cloth diapers or you are at someone's house without an extra diaper. Of course, borrowing their hand towel for this purpose might just convince them to give you one instead of insisting on it being returned.

For those that use disposable diapers, this would work well as an emergency diaper instead of running and paying too much money for disposables from a convenience store in the middle of the night or at any other inconvenient time.
Labels: Baby Projects, Diapering Projects

Posted by Melissa Jagears at 7:27 AM

thank you! i can use this idea!!